Get To Know Your Operator – The Hop

Get To Know Your Operator 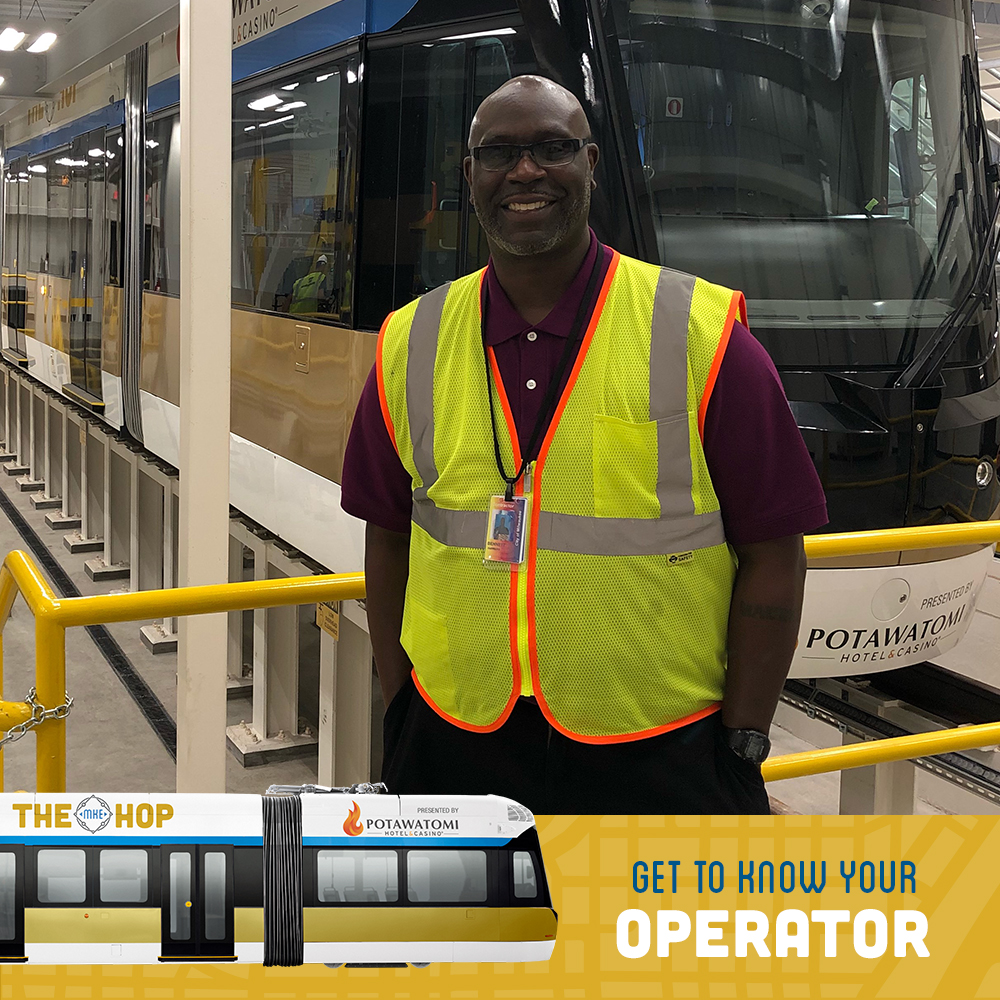 The first class of operators has become certified to operate The Hop. The group participated in an intensive months-long program that covered all of the intricacies of the Brookville Liberty Modern Streetcars. From standard operating procedures to customer service, these men and women are now experts on the vehicles, the route and the services passengers will enjoy beginning this fall. Each week we’ll be spotlighting one operator for The Hop and sharing their unique stories.

Milwaukee. I was born and raised on the north side of Milwaukee and still live in the area today.

Where did you graduate high school:

Where did you work prior to joining The Hop:

I spent 21 years working in the telecommunications industry. I was at Time Warner Cable, which is now known as Spectrum Cable.

Why did you decide to pursue an operator position with The Hop:

Why do you think public transportation is important:

I think in the past when people would come to the downtown area it would be difficult to get around. It’s so much easier for people to move around the city with something like this than having to drive everywhere. Parking can be an issue in places. This way, you can just park in a certain area and then be able to visit all the unique things along the route.

How will the streetcar change the city:

It’s new and different. I see it every day when driving along the route – people are smiling, taking pictures, taking selfies. They’re always waving. That lets me know that people are really excited to have this type of thing in our city. It’s another thing that’s revitalizing our city. We’ve got this brand new arena, now a streetcar, too. These are things that make the whole downtown area more exciting. Fifteen or 20 years ago, there wasn’t a whole lot to do downtown. It was empty. But now, you go down Wisconsin Avenue or Michigan or Water Street on a weekend and it’s really live.

What’s the most rewarding part of your job:

Honestly, just seeing the smiles on peoples faces as they’re riding or seeing the streetcar go by.

What’s your favorite thing about Milwaukee:

I love the history and tradition of the city. If you go to an area like the one around the Pabst Brewery, you can see the historic buildings, but they’re revamping it all to be new and fresh as well. I also like that Milwaukee is a big city, but a little city at the same time. We’re not like Chicago or L.A. or anything like that, but we still have a lot of big city amenities. It’s a hidden gem. I’m one of those guys that’s always standing up for my city.

What is your favorite portion of the route:

For me, the highlight is when I’m heading south on Broadway towards St. Paul and the Third Ward. You’ve got the Public Market there. That whole area is lit up to me. There’s so much to do and see there.