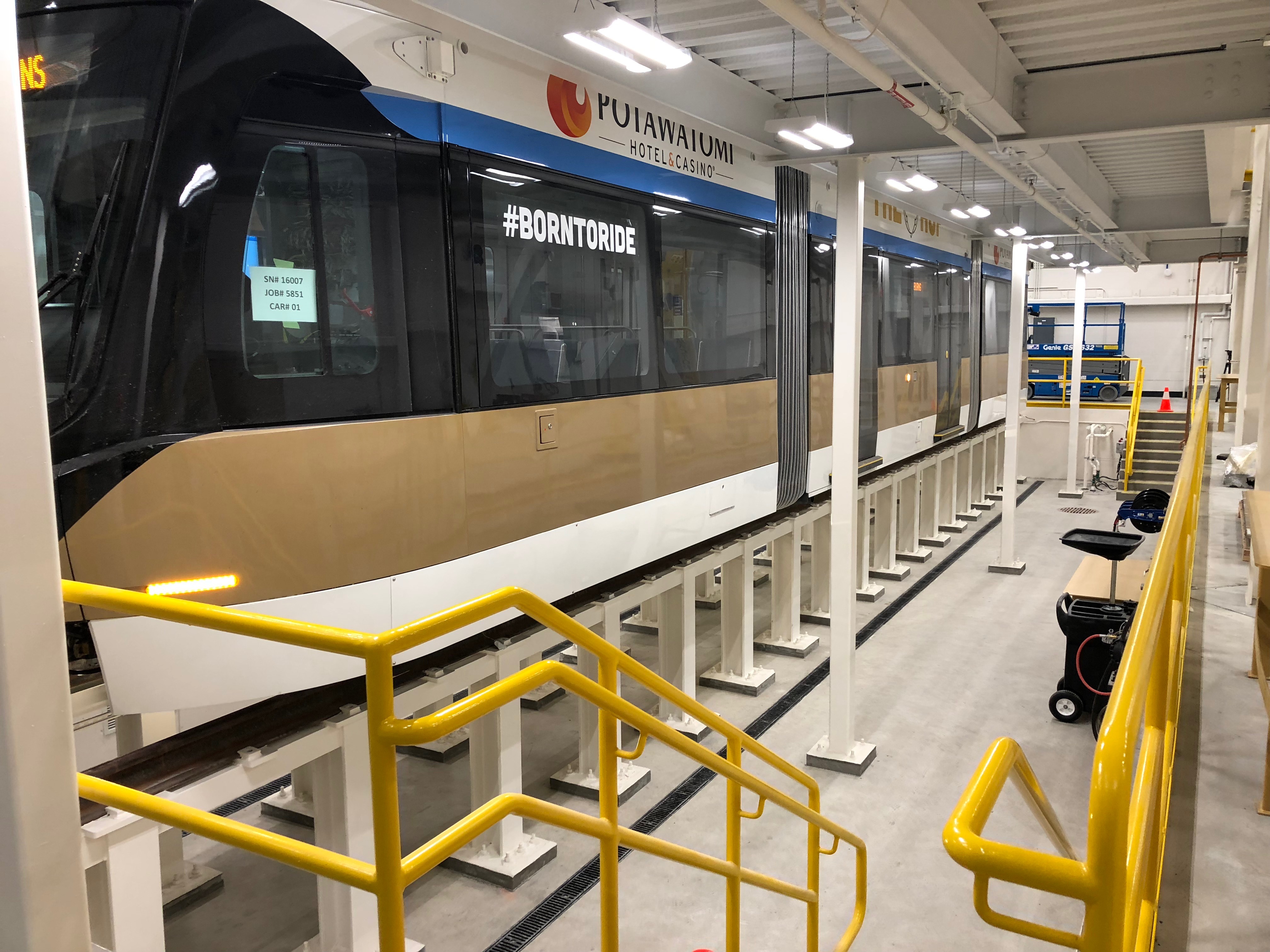 The Hop, presented by Potawatomi Hotel & Casino, is looking to fill more than 20 new positions for Milwaukee’s streetcar system, including 14 streetcar operator jobs. To see a list of available positions or apply online, click here.

The Hop is expected to employ about 30 people by the time the system is operational this fall. 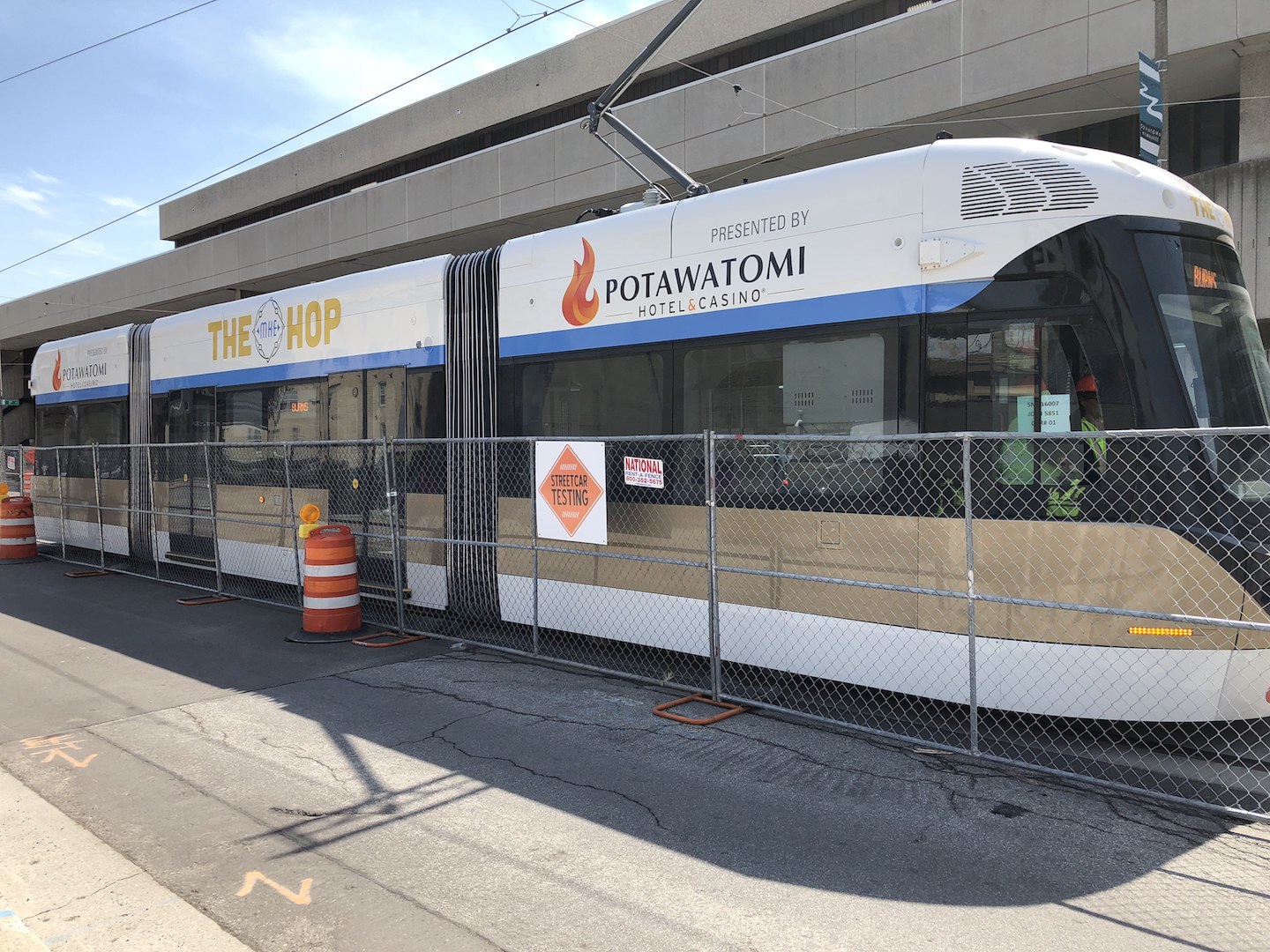 Motorists and pedestrians along W. St. Paul Ave. were treated to a special sight on April 11 as the first vehicle for The Hop, presented by Potawatomi Hotel & Casino, began testing on the road for the first time. Representatives from the city, the streetcar operator and the vehicle manufacturer were all on hand for the beginning of the long and thorough process to prepare the streetcar for passenger use later this fall.

As TV cameras and onlookers watched, The Hop navigated its way up and down a fenced-in portion of track on St. Paul between N. Fourth St. and N. Plankinton Ave. The testing procedures are designed to ensure that all components of the system, from internal controls to the overhead wires providing power to the vehicles, are operating as intended. The vehicle will continue testing along St. Paul in the weeks ahead, before ultimately beginning to test along the entire route through downtown later this summer.

While there’s no fixed schedule for testing, motorists and pedestrians can expect to see The Hop in action often in the coming weeks, and are encouraged to come on down, take some photos, and welcome our newest addition to the city. Whether you plan on checking out The Hop on foot or in your own vehicle, we’d also encourage everyone to review some important safety information.

Stay tuned for more exciting news about The Hop, including the arrival of the second vehicle next month! 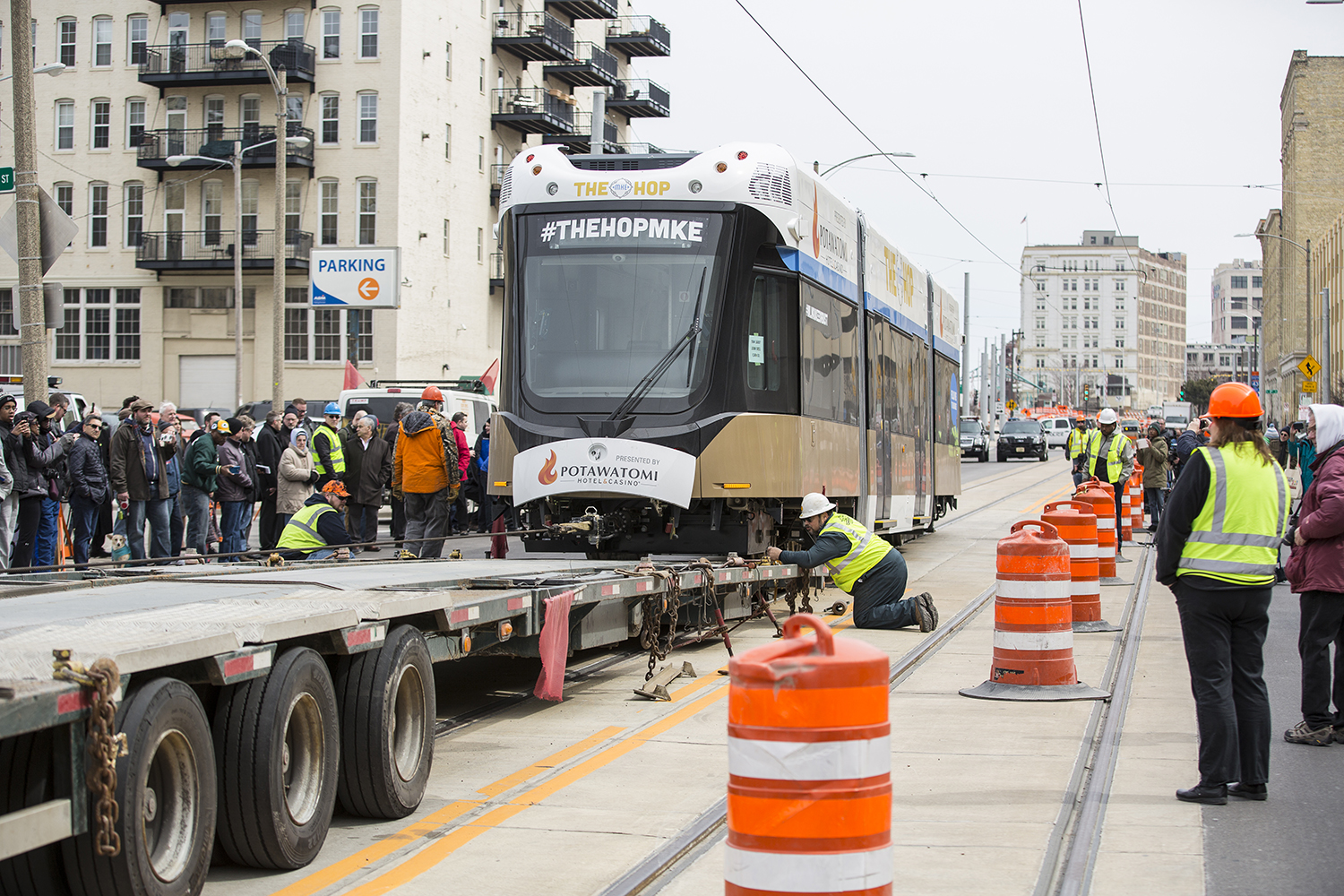 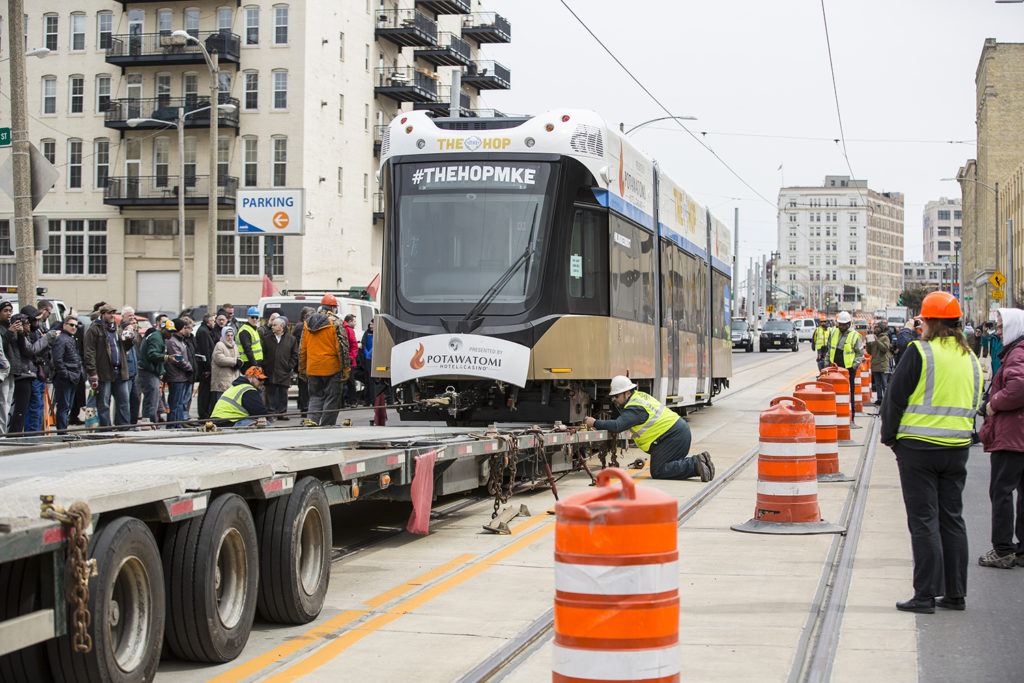